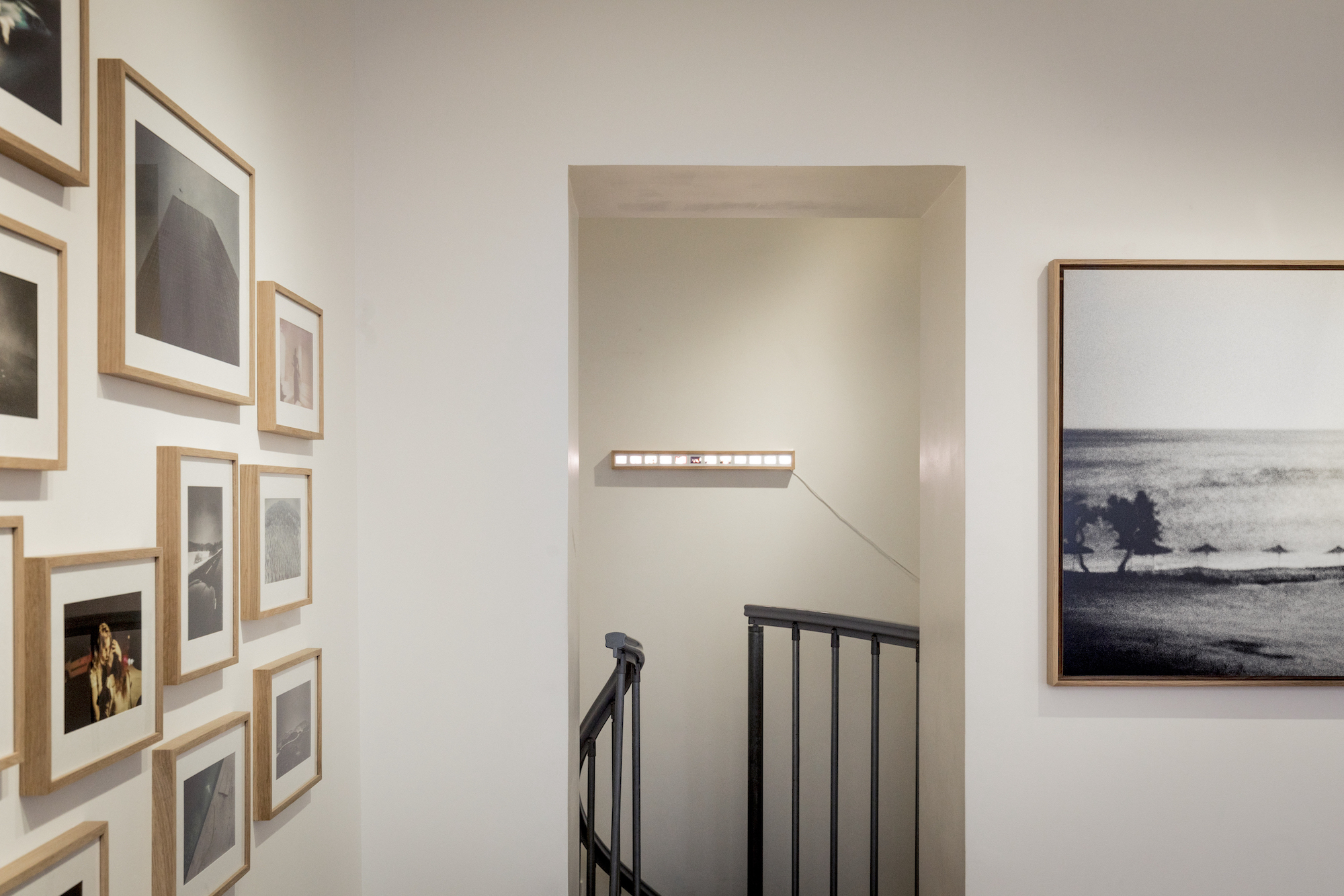 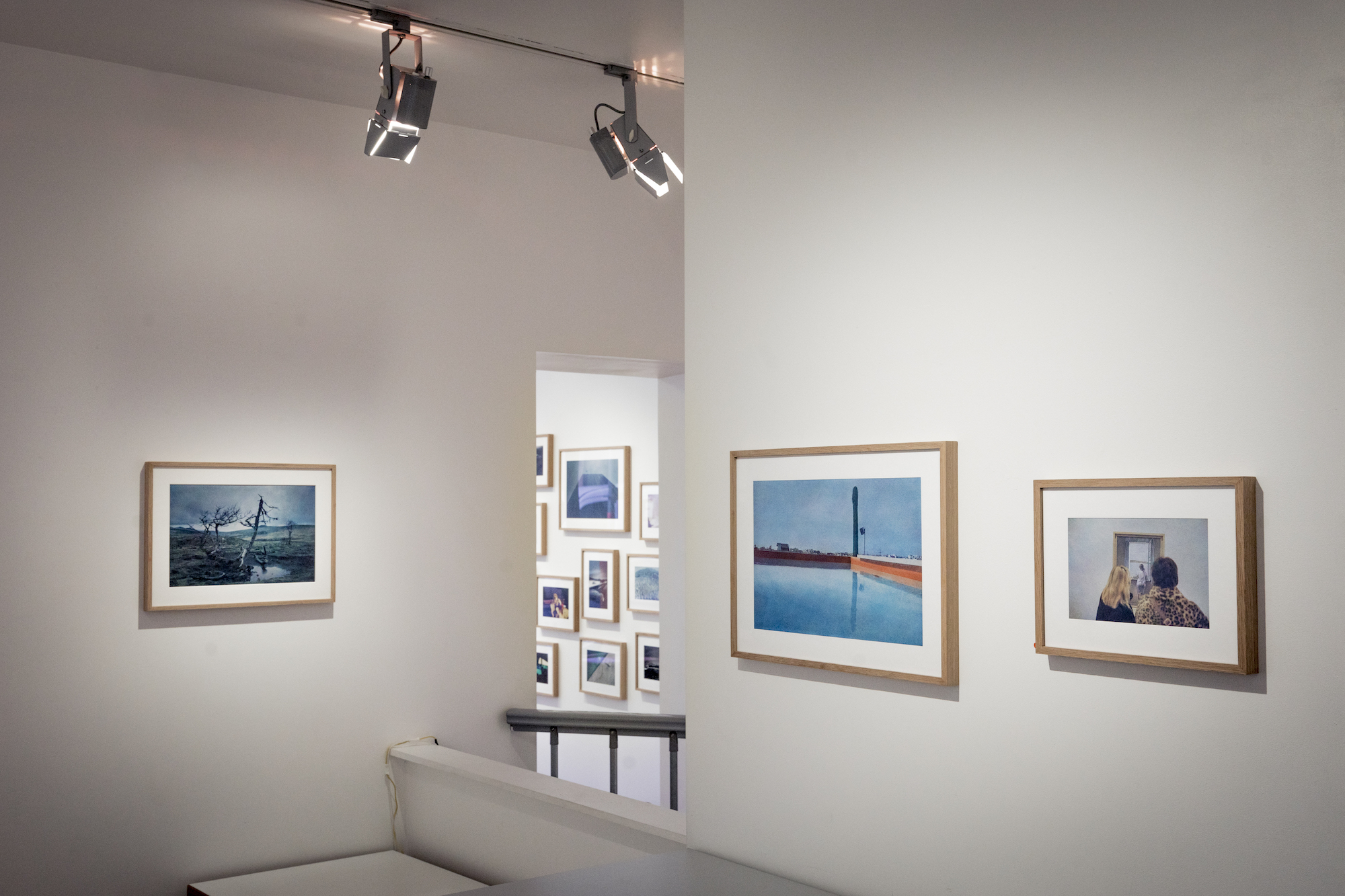 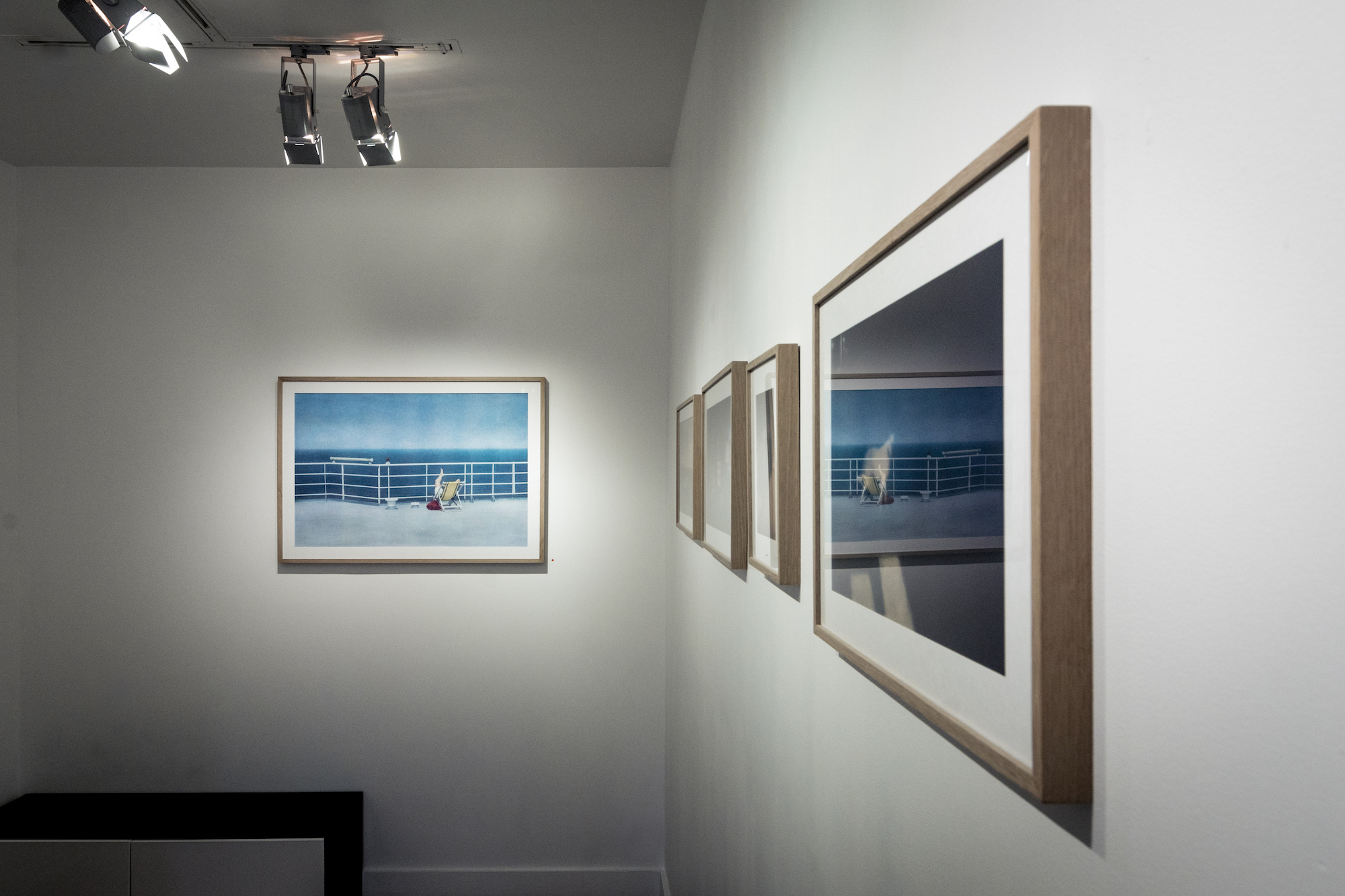 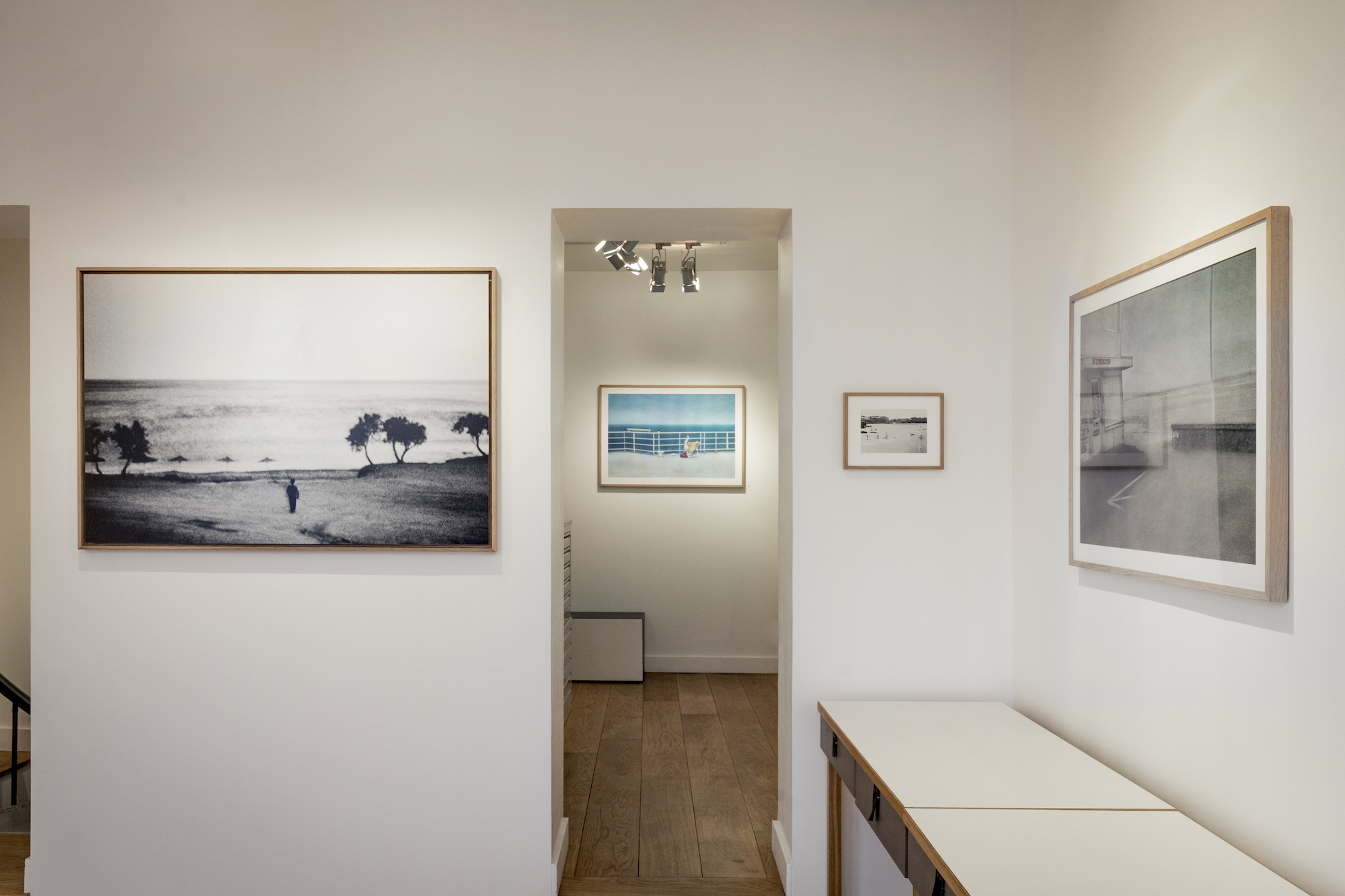 Between 2008 and 2016, once a month for 96 months, Julien Mignot (1981) selected an image taken on his photographic journeys. 96 months was created out of those disparate pieces that together form an intimate puzzle. The whole series is available at the gallery. The full series is available at the gallery on "Fresson" and baryta prints. Tex (Léa Chauvel-Lévy) : In1668, Vermeer painted The Geographer. Julien Mignot dos not in any way ressemble the subject of that painting , a man sitting at his work table, weathered and eaten by time, and yet somehow, it?s the image that he has always reminded me off. It was only later that I understood why. Julien studied geography before understanding that he was to become a photographer. In fact, I do not really think he has left the land of his previous discipline. The land has become sensitive, personnified, but it is still that land, those lanscapes with its humans strolling through it, which he keeps studying. His method has changed. His tone and his music too, but the partition is still the same, and the flickers of the world and its sismic waves draw an intimate map. His own map, drawn with simple lines, linking personal dots together, like in that children?s game, in which a child follows numbers on a drawing, letting fragile silhouettes appear. Red mountains lit up by a setting sun, lost valleys prisoners of the unknown, twisting paths freezing in the snow, brown roads stretching out into eternity? The geographer has mutated, gaining colours, and in that way repaints the world. There is certainly no decisive moment. But a strange story builds, in which to mirror oneself. The image is not stuck in a web, victim of a spider who would have captured it, but on the contrary, it is still alive. Look at that sleeping girl?s feet. She is going to wake up. There is no concurrence in time to be found in this photographic text, which is deeply current. Julien Mignot?s pictures « present » the world, rather than record it. He reaffirms its existence. This couple, immodest and happy, let us see their embrace. How come that this woman seen from behind, despite the fact that it is daytime when I observe her, is staring into the darkness of the night, eyes set on an invisible horizon in the countryside ? Rarely have we seen images being created in this manner. This picture is born in the eyes that observe it, step by step, and therefore renders impossible any attempt to lock it into the past. Neither spider, nor web, the image survives, hunting death, creating ex nihilo the frame that has remained from its previous life. (Léa Chauvel-Lévy)