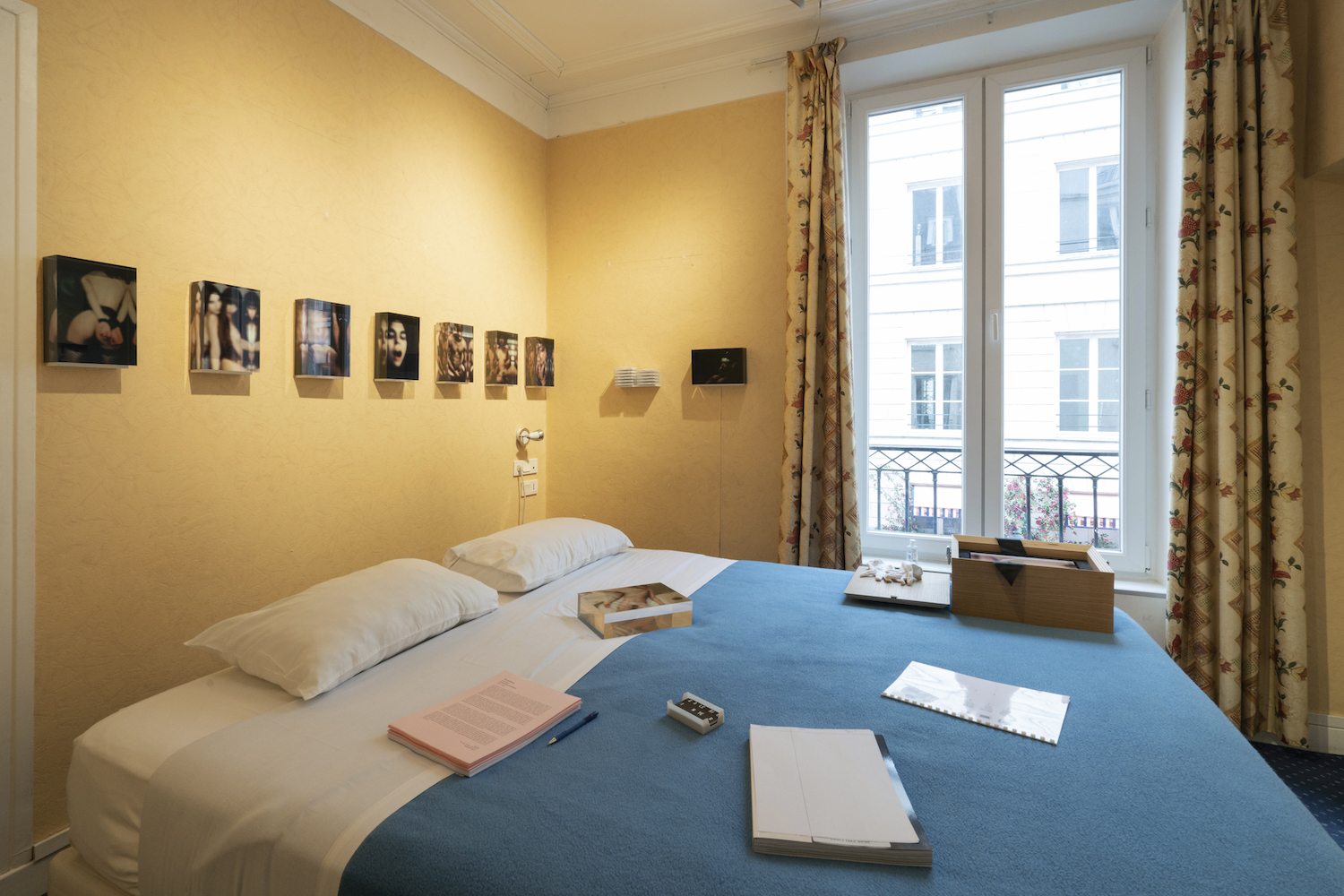 Screenlove's works question our relationship to voyeurism. These blocks refer to the windows through which we looked to spy on our neighbours. This was before the internet. Today, Julien Mignot (1981, Fra) takes close-up photographs of his computer screen connected to sexy webcams. The artist voluntarily produces a blurred and incomplete image. By approaching bodies to the point of drowning out pixels, it distorts the appearance of real scenes captured on the spot. This photograph, mounted under a solid, translucent monolith, hides from our gaze. The viewer becomes a voyeur, looking for the right angle. If he looks at the work from the edge, the subject disappears, disconnects and sends us back to the vacuity of the digital relationship. Julien Mignot gave Olivier Lasson (1973, Fra) sound artist, dozens of hours of sound rushes recorded during his shots. Lasson has composed a musical work from the sound rushes. An edition of 12 Screenlove sextapes is published for Screen Love.

Julien Mignot is a portraitist for the biggest international magazines and director of the short film Sous la Peau with Mathieu Amalric, Damien Bonnard and Victoire du Bois. His works have entered the collections of the National Library of France, in those of the Nicéphore Nièpce Museum , the Leica Foundation and in numerous private collections. After fifteen years as a professional drummer, sound artist Olivier Lasson turned to beatmaking in 2009 (collaborations with Pascal Danae / Delgres, Rodolphe Burger). In 2013, he produced the soundtrack for the theater play Rituel pour une Métamorphose at the Comédie Française (with Yasmine Hamdan), which led him to Field Recording and concrete music. He perceives the sounds of the soundscape as infinite instrumental possibilities which he captures and manipulates.