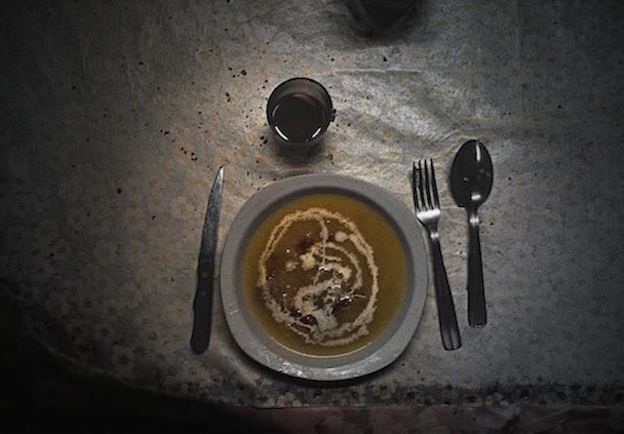 Christophe Agou (1969-2015), self-taught French photographer, moved to New York in 1992. His photos taken from 9/11/2001 are included in the main press titles. He returned to France a few months later. In the winter of 2002, Christophe Agou felt the emotional need to return to his native Forez and roamed around the valleys and the mountains, which has never left his mind. He got to know and quickly became friends with a community of family farmers whose identities are deeply rooted to the land. After eight years, this resulted in, In the Face of Silence, which is far from just a documentary about rural life in early twenty-first century France. The farm doors that Christophe Agou enters on our behalf, open to reveal the faces of men and women who command our respect and give us pause for meditation. The ‘matter’ and everyday texture of these lives, their work and the elements, like a saga punctuated by very telling, though motionless, tracking shots, is displayed with almost organic realism. In the Face of Silence is a very special body of work about existences governed by the necessities of hard work and the weight of the seasons. Its sympathetic and contained power jolts us out of our role as spectator and implicates us in a shared destiny. Benoît Rivero

Sans Adieu, a film based on this project, released on October 25, 2017, was presented at the Cannes Film Festival the same year. Christophe Agou was able to complete the first cut before his death. Shot in the Forez plain, Sans adieu presents a peasant world in the process of disappearing. The central character is Claudette, 75, an earthy retired peasant; "Without farewell" was his expression to say "goodbye"